A touch on Creation

The Fermi paradox has a simple solution, hidden in its chain of reasoning, that almost nobody sees due to the incomprehensible scale of the Universe: It is not a matter of WHERE the evidence for extraterrestrial life is, it is a matter of WHEN.

Compared to the age of our visible universe, the entire history of mankind is almost inexistant. For reference, if the universe is exactly 1 year old, Homo Sapiens appeared 7.5 minutes ago. This means that A LOT happened all year long in terms of civilizations raising and falling across the universe. And because the distances are so vast, they never meet, since they always perish as species before reaching each other.

With two exceptions, on Earth.

The first Exception will be elaborated later.

As for the second Exception, an alien civilization that was initially resident to Draco Galaxy managed to travel to Earth and plant their seeds: The Runes, highly intelligent and autonomous devices that had only one objective: detect intelligence and enhance it.

The selection process is not fully known to us yet. We are aware that the Runes waited for intelligent life to evolve to a point where the neocortex can censor the limbic system and the individual is able to intentionally make choices that imply high calculated risk, choices based on selfish-dominant emotions like greed.

Which they did. More than 300.000 years ago, one of the Runes created Valh’Dhal, a homo rhodesiensis who was migrating North from what is now known as Zambia, in search of new lands for his group.

Vampires are known to be genetically modified humans, whose bodies never decay. They are alien-made, programmed to serve very specific unknown purposes.

The creation process is nothing but a genetical mutation where Rune’s specific Draco DNA is added to mammal (human) cells. It enhance the individual by providing:

The Human get their fangs, the hunger, and infinite life and memory. They shaped the world as we know it

Vampires are the craftsmen of the world as we know it. They were the Khans, the Emperors, The Wizards and Witches, the Kings and Queens, the Gods, the important historical figures that contributed to our elevation as a species.

They were the architects of the great wars and expansions, the builders and the destroyers of empires. 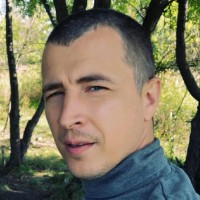 I am Valh’Dhal — The First Vampire